In Part 6 of the “Age of Deceit,” I concentrated on Deception by Redefinition. In that instance, I focused on the redefinition of the word “church” and its knock-on effect on how the many view the Body of Christ today. In this session, I am going to explore the impact of redefinition as it is revealed through objectification.

The term objectification means; “treating people like tools or toys as if they had no feelings, opinions, or rights of their own.”1 The Graduate School of Stanford Business published an article2 dealing with the topic of “Power and the objectification of social targets.” The article states, “Objectification has been defined historically as a process of subjugation whereby people, like objects, are treated as means to an end. The authors hypothesized that objectification is a response to social power that involves approaching useful social targets regardless of the value of their other human qualities.”3

Throughout the sad history of mankind, objectification has been the means by which civilizations have justified war, slavery, and subjugation of the masses.

Objectification is a key tool in motivating combatants in a conflict to kill each other. Characterization of your enemy makes killing them easier when all you are doing is terminating an inanimate object of little or no value. 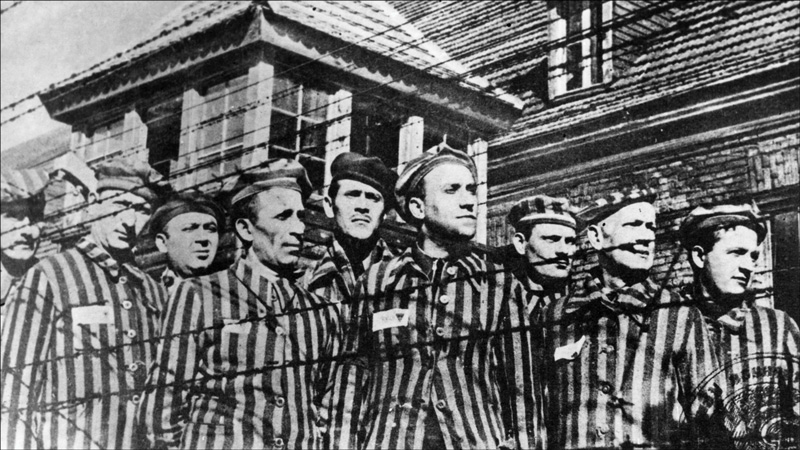 History has been marred with unforgettable genocide and war crimes. Among the most memorable acts of crime in the twentieth century were the Holocaust that killed more than four million Jews in Europe, the crimes during the Kosovo war, and the killings in Rwanda — the list goes on and on.

This is simply accomplished by convincing the troops on your side that their enemy is a heartless and hostile force that must be neutralized at any cost. Pragmatically driven situational ethics becomes the guiding principle behind this key component in establishing their mindset into one that will allow the soldiers to block out any compassion for their enemy.

Name-calling is not just child’s play on the school playground. It has always been a mainstream military strategy. In the American war for independence, the British called the rebel troops “Yankees”4, and the revolutionaries called the British troops “Limeys.”5 During the Second World War, the allied soldiers called the Germans, “Krauts”6 and the Japanese, “Japs.”7

When Jesus was giving His disciples an insider briefing of the end-times scenario, He told them that the signs of the end would be “nation shall rise against nation, and kingdom against kingdom: and there shall be famines, and pestilences, and earthquakes, in divers places.”8 The term translated “nations” is from the Greek word “ethnos” from which we get our English word ethnic as “relating to large groups of people classed according to common racial, national, tribal, religious, linguistic, or cultural origin or background.”9 The term translated “kingdom” is from the Greek word “basileia” meaning “royal power, kingship, dominion, or rule”10 which in summary means Ideology. Therefore, the subdivision of the world in the end times will not necessarily be according to national borders but will be the ethnic and ideological division of all humanity.

Once the mindset of objectification by characterization has been established, it is an easy step toward the villainization of those you deem to be a threat to you. Therefore, these “things” are not only inanimate objects, but they present a clear and present danger that must be eliminated. Here we see the power of propaganda that sets in motion the wheels of fear that drive hatred to its ultimate solution.

In the dystopian novel “Nineteen Eighty-Four,” we are shown that “Big Brother” (the ruling elite) uses hate to control the people of Oceania. “The Two Minutes of Hate is a daily ritual in which Party Members express their hatred for enemies of the Party. It is important in showing how the Party compels orthodoxy and cohesiveness among its members.”11 This all culminates in “Hate Week” where the general public is whipped up into a mindless frenzy which in turn enables the party elite to exercise their power over their fearful followers.

Sadly, I believe we are seeing this type of polarizing hate being used by opposing ideologues who are using this powerful weapon to motivate their followers to silence and even crush their adversaries. In this type of caustic and combative environment, discussion and dialogue are discouraged, compromise is considered a weakness, and tolerance is treated as treason. Along the way, the truth gets trampled in the stampede of the mindless masses.

I believe the world currently has a pandemic that is far greater than any virus could ever achieve. The plague of pornography reaches into every home. Through the unlocked portals of the information age, this flood of filth is filling the minds of people with the dehumanizing characterizations of humanity. People have become playthings. Self-satisfaction is emphasized over self-sacrifice.

The Plague of Pornography

These sickening statistics merely reflect the fruit of a disease that is at the root of this global pornographic pandemic; a disease that is caused and feeds by a diet of an unrestrained appetite for personal pleasure at any cost. The propagation of explicit sexual behavior creates an unrealistic expectation. Thus, the addictive attraction of these portrayals enslaves their viewer with an insatiable desire that can only be fulfilled in the imaginary world of pornographic fantasy.

Children are increasingly victimized by this perverted influence. The popular role models promoted by mainstream media for young people today present an overly sexualized persona that promotes the abandonment of the Biblical core values of purity and chastity. Therefore, we should not be surprised when we see children mimic vile behavior.

The Dehumanization of Children

The history of child abuse in every culture under the sun is a matter of record. From infanticide to child sacrifice, the practice of child abuse was widely practiced by pagan cultures. So much so that when Moses is given the Law for the Children of Israel he is told, “And thou shalt not let any of thy seed (children) pass through the fire to Molech, neither shalt thou profane the name of thy God: I am the LORD.”13

Because of their size, dependency, and inability to successfully resist, children are the ideal target for self-seeking adults. They are sometimes treated as property or exist merely to serve the purposes of their more powerful benefactors. The perpetrators of this kind of child abuse offer many excuses for their despicable behavior. Sadly, it is the proverbial “elephant in the room” that is kept in the closet.

The objectification of Children was condemned by Jesus when He said, “Suffer little children, and forbid them not, to come unto me: for of such is the kingdom of heaven.”15 In fact, in defense of children, Jesus stated, “But whoso shall offend one of these little ones which believe in me, it were better for him that a millstone were hanged about his neck, and that he were drowned in the depth of the sea.”16

The Dehumanization of the Unborn

I believe that all cultures can be judged by their treatment of the weakest in their society. I also believe that there is no more vulnerable than an unborn child. Here we see where objectification, characterization, and villainization come together to condemn a child without a voice in the matter. The medical profession has a part to play in this dastardly deed by creating a range of names to describe the developing baby that enables their dehumanization.

According to modern medical terms, “in the first 8 weeks after conception, the human baby is referred to as an embryo. After 8 weeks gestation, the baby is called a fetus until it is born.”17 Then, given the laws in many countries today, if the mother sees the “fetus” as a threat to her existence or wellbeing, abortion is the answer. By simply using terms that avoid any reference to its humanity, the medical profession makes it easy to discount these “products of conception (POC)”18 as something less than fully human.

Abortion is the most common surgical procedure performed for women in the U.S. A review of the published reasons for abortion is most telling in my opinion. According to research collected from 2008 through 2010 which asked women about the reasons for getting an abortion19, the following was their response:

No matter which set of data I reviewed, the overwhelming sense of objectification seemed to provide the justification for killing the unborn child. Once you accept the dehumanization of the child you can excuse any crime against it.

Mainstream mankind has lost a sense of our marvelous humanity. The Psalmist writes,

“13 For thou hast possessed my reins: thou hast covered me in my mother’s womb. 14 I will praise thee; for I am fearfully and wonderfully made: marvellous are thy works; and that my soul knoweth right well. 15 My substance was not hid from thee, when I was made in secret, and curiously wrought in the lowest parts of the earth. 16 Thine eyes did see my substance, yet being unperfect; and in thy book all my members were written, which in continuance were fashioned, when as yet there was none of them. 17 How precious also are thy thoughts unto me, O God! how great is the sum of them!”

To stand against this tide of deceit, we need to revisit the Biblical account of the creation of mankind and then refocus our attention on the foundational truth of all humanity’s special place and purpose in the plan of God.

“26 And God said, Let us make man in our image, after our likeness: and let them have dominion over the fish of the sea, and over the fowl of the air, and over the cattle, and overall the earth, and over every creeping thing that creepeth upon the earth. 27 So God created man in his own image, in the image of God created he him; male and female created he them.”

When you accept that we are all created equal in the “image of our Creator,” then we should treat everyone, regardless of size or station, with the same honor and respect that we would expect from ourselves.

Watch The Age of Deceit series
on our YouTube channel here.

This article was originally published in the
October 2022 Personal Update News Journal.